For the first time, the magnolia in the terrace has blossomed. The flowers don’t last long. When not totally open they have the shape of a tulip in very pure white that contrasts with the shiny green of the leaves. 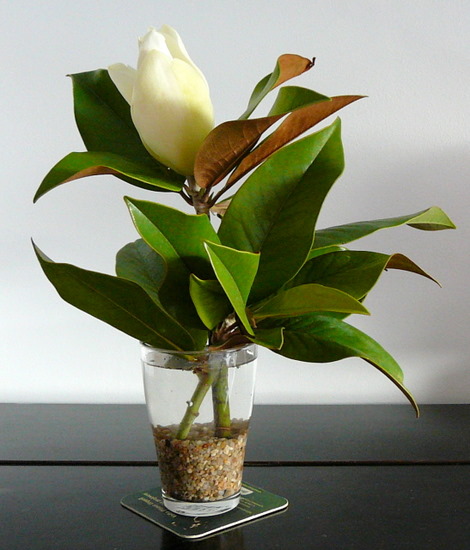 Soon the petals open and in a few days become brown and fall. Every day I went to watch the tree to see how they changed, like some lights that appear out of the blue, emitting a white light and fragrance for some days and then vanish. Egoist as I am, I cut he last one that blossomed to have it near me. Now I’ll have to wait until next year hoping that the tree will blossom again. 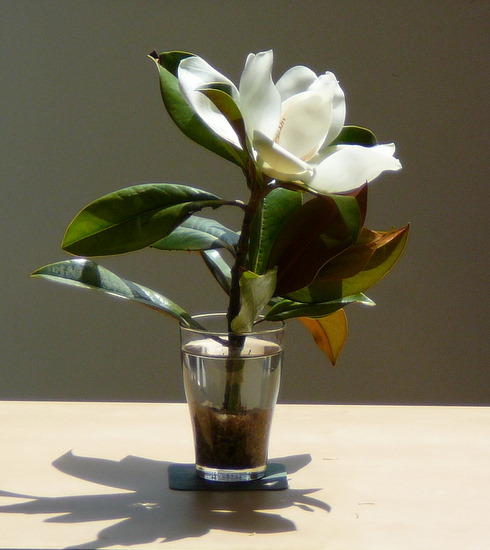 Pictures can give an idea about this white. But how could I describe the scent? A mix of floral fragrance, a touch of lemon and an echo of green grass and forest.
There is a famous story about an indian prince that ordered a pavilion to be built in the middle of a forest of magnolia trees in the huge garden of his father the maharaja, so that he would move to live there when the blossom season would arrive. He was about to die of starvation because, when servants brought him the most delicate food he could not stand any other smell than the fragrance of magnolia flowers. Fortunately, the blossom season didn’t last long and he could survive with just water and hazelnuts. And so he went on, every year, moving to the magnolia pavilion and refusing food while he would have those white flowers around.
There is also the story of a noble russian lady that became blind and, to avoid depression requested a new fresh petal of magnolia flower every day. So, during the blossom season, gardeners would cut the flowers just after they opened, wrapped the 9 petals of each one in silk cloths and stored them in ice. 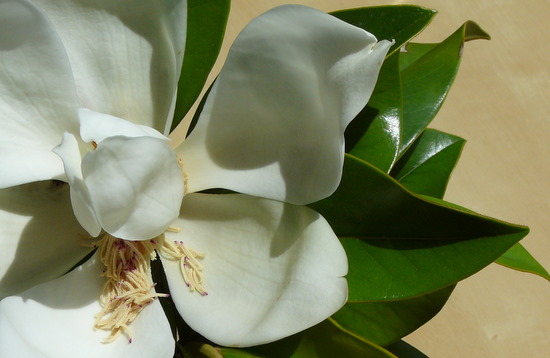 PD: I’ve just made up those stories but they could have been true.