Some graffiti are just dirty walls, the result of a mislead anxiety about leaving an imprint behind. But often we can find graffiti that are quite remarkable (an example, those of Besós cathedral), and when I stumble upon one of them I take a picture of it. In my neighborhood in Barcelona, el Poblenou, some years ago, in a plot of a demolished building leaving the naked interior walls visible, a line crossed all the missing rooms connecting two messages that said “+amor”. There was also a big heart. I was like contemplating some strange Pompeii frescoes from a neighborhood archeological site.

I wondered whether actually there was a love connection between some neighbors, living in that place, time passing, and the line depicted exactly that connection.

Later I discovered more graffiti that could be attributed to the same author, or project, simple messages that, despite their obviousness were not perceived as too “sugary” but as an appeal or invitation to take into account. Big letters at Pujades/Llacuna: 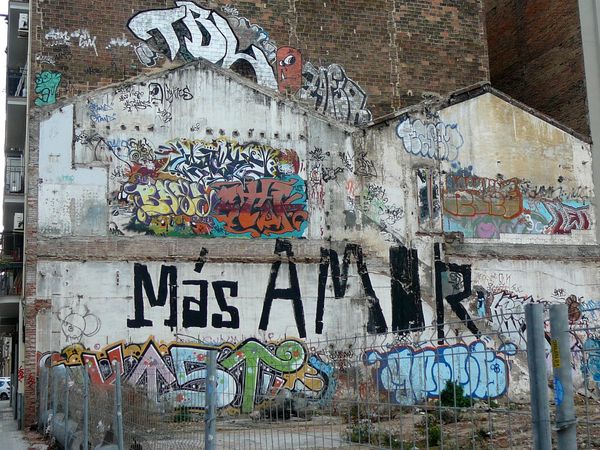 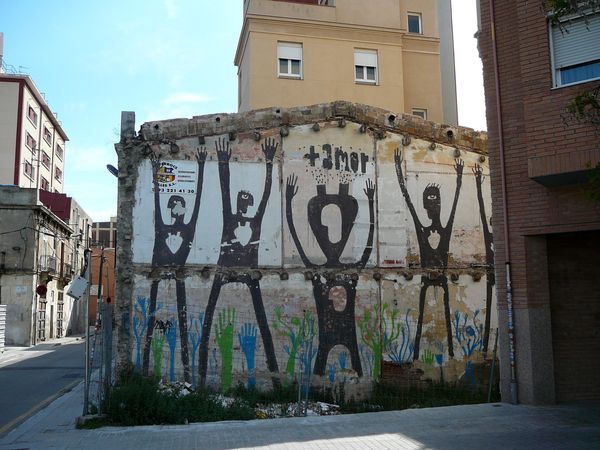 And more at Pere IV and a window at Dr. Trueta, 142.
At Panoramio the locations are plotted. Some of them do not exist anymore.

In some TV series, such as Heroes or Misfits, we find supernatural powers in marginal neighborhoods. I like the idea of these graffiti as frescoes with special powers. Perhaps the locations where there were situations with a lot of love involved, emit a kind of energy that can be perceived by the artist and compels him to paint something. Perhaps later, when someone passes by and takes a glimpse of it, undergoes a transformation that enables him to recover the lost ability to love, at least for some time. I can envisage a scene where a character wanders through the streets, looking in vain for that graffiti that changed his life, missing that ability to feel, or to care for. He starts meeting graffitists, trying to discover who was the author of “+amor”. Never mind … speculations for a script of an inexistent TV episode. 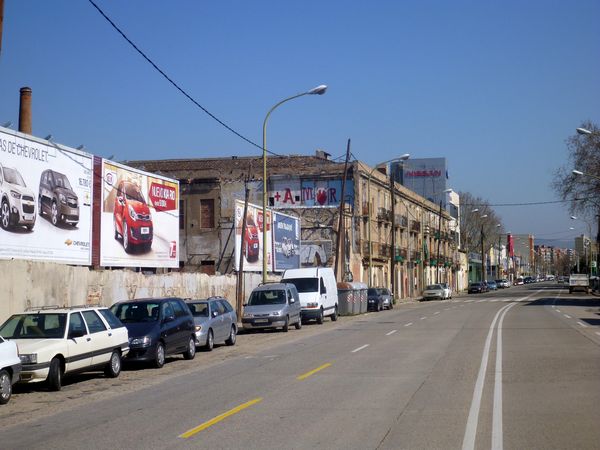 Back to reality, goggling for +amor uncovers who stands behind those graffiti, a Brazilian artist, tom14, democraciaurbana who explains his projects in an interview. 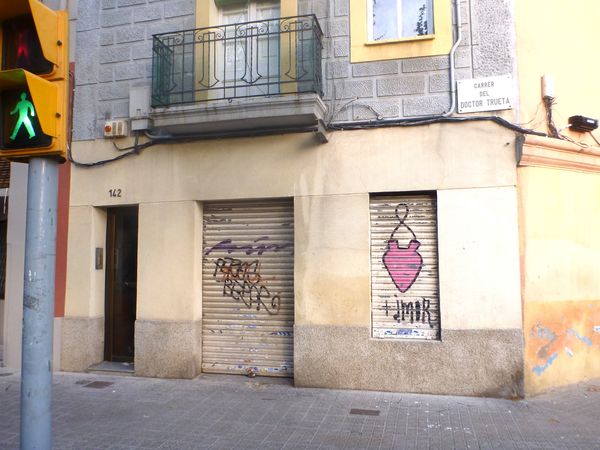