The Grevolosa beech forest near Torello is not huge what it contains some extraordinary trees, some of them catalogued as heritage trees.

It can be visited in a short walk leaving from “El molí de Bracons” on  route BV 5224. Following 20 min through a track, there is a nice narrow path through box bushes, like a corridor that does not foretell de amplitude of the space one encounters when it reaches the Grevolosa Forest with its towering beeches.

Neither sight nor the camera have field amplitude enough to scope it without scrolling. I have tried to convey this by stitching several vertical pictures (using the excellent free stitching software Microsoft ICE, planarmotion3 mode). 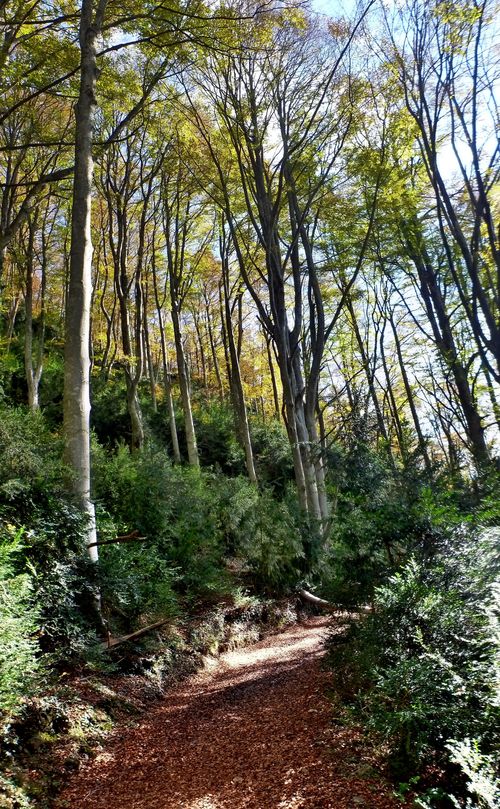 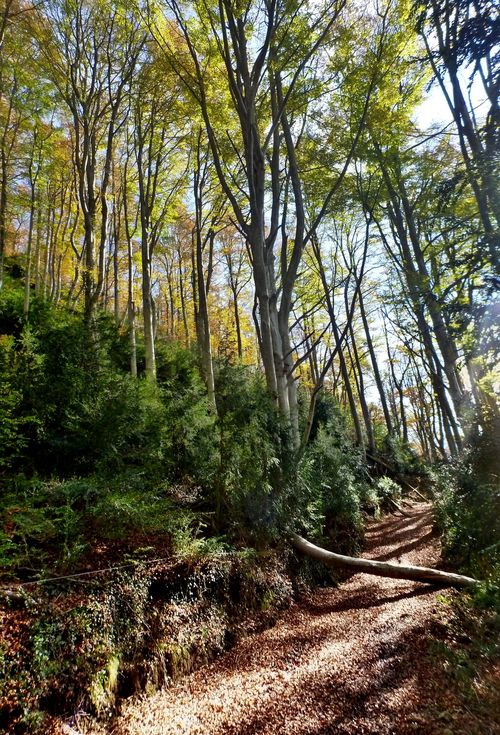 Debre Libanos, perhaps the most revered monastery in Ethiopia. At a funeral, the men carry the coffin on the shoulders. Behind, some women mourn and cry. We are told that there are people close to the family, not paid mourners as the ones found in other cultures.  In Spain, “plañideras” are back, after being banned by the church (news). In Queretaro (Mexico) there are even contests. In rural Ethiopia, all the community is involved in the ceremony. Each family contributes to a common fund and burial expenses are shared.

Later, in another funeral, maybe someone wealthier, some men are on horseback, and at one point, the women jump in a synchronized manner:

I am fascinated by this way of expressing an emotion, collectively, with the body. Some days later, in the south, in Turmi, in a Hamer community, and in a very different cultural context, I see again women jumping, this time on occasion of the famous bull jumping ceremony when a boy has to walk over the back of a some bulls in a row  without falling. You can feel the impact of the women on the floor.

Why is that this form of expressing emotions can be found in two relatively different areas and cultures? What would be the map of it?

It makes me wonder about  the similarities between the forms of devotion in the Ethiopian Orthodox Church and Judaism or Islam. The cult is not only indoors, but also in the open space surrounding the building, usually circular or octagonal: It has an important role, similar to that found in mosques. People must remove their shoes, as Jews and Muslims, too.  Before entering the compound, people stop at the door, touch the wall and pray. Despite the differences in what is believed, the form of worship is much closer to Jews and Muslims than to the Catholic or Greek Orthodox Church. Could this be explained by climate? By the fact that they are fundamentally pastoralists?

In this 1 min video there is a chant recorded in a church compound; ullulation at 40’’.

In the north, graves in cemeteries are protected by railings. In the south, graves are scattered; it seems that people can be buried in the land where the family lives. 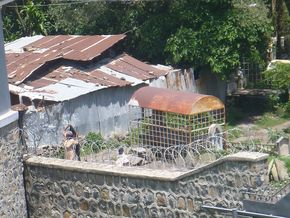 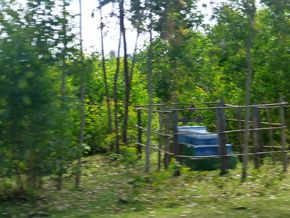