In the last post I commented the feeling of our body being serviced, repaired, its damaged parts substituted, after an intense work out. I knew about the capacity of regeneration when I drilled accidentally my finger with a power tool. Every week I could see how the hole was moving upwards while filling up.

How is our body regenerated? Are we like an group of marble buildings, immutable, that only change when some tile is damaged and has to be replaced? Actually your body is younger than you think (Your Body is Younger Than You Think, New York Times, 02/08/2005), the average age for the cells of an adult being around 10 years. Research reveals different renovation rates depending on the function and the organ.

Cells from gut surface are renewed every 5 days, those from the skin, every 15 days. It’s like the walls of city buildings being repainted every two weeks.“The red blood cells, bruised and battered after traveling nearly 1,000 miles through the maze of the body’s circulatory system, last only 120 days or so on average before being dispatched to their graveyard in the spleen”. It’s like renovating the city car fleet.

“As for the liver, the detoxifier of all the natural plant poisons and drugs that pass a person’s lips, its life on the chemical-warfare front is quite short”, around 400 days.

“Even the bones endure nonstop makeover. The entire human skeleton is thought to be replaced every 10 years or so in adults.” Other tissues like muscles last 10-15 years.

The neurons of the cerebral cortex, the eye lens and perhaps the heart are the only cells that seems to last a lifetime. 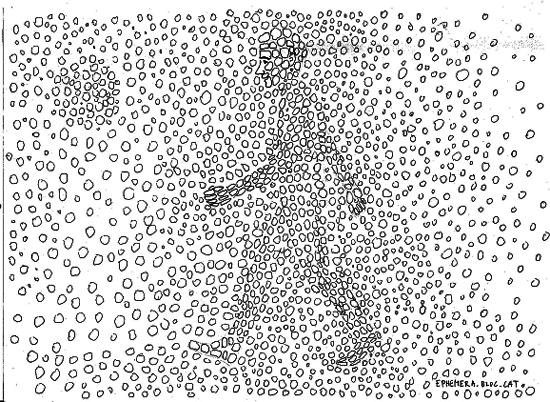 So, instead of a complex of monumental stone buildings, immutable, we are rather more like a camping or a market, where each place is occupied temporarily by someone until it parts and is replaced by another one.What are we? Which kind of body identity do we have? We are an ephemeral aggregate, a set of molecules assembled temporarily in a structure, united and dissolved like water drops in clouds.

We are not a thing but a process, “surfing over matter like a strange slow wave” in the beautiful expression of Lynn Margulis.