The type of residence in the cemeteries, of course, follows the same style we had in life:

Those living in rent apartments in a normal neighborhood go to simple niches. 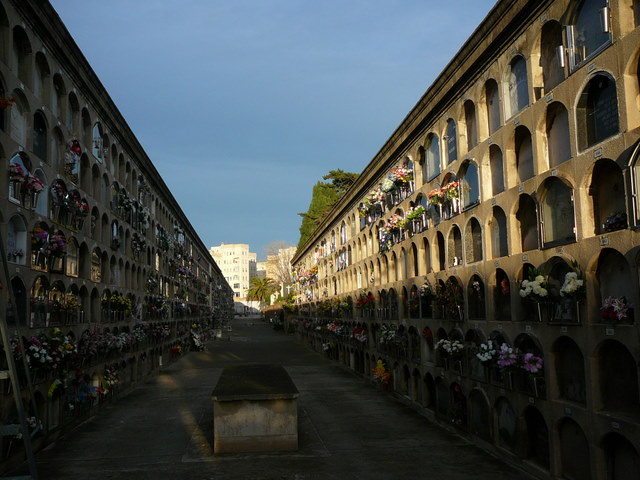 Those living in mansions, go to pantheons. 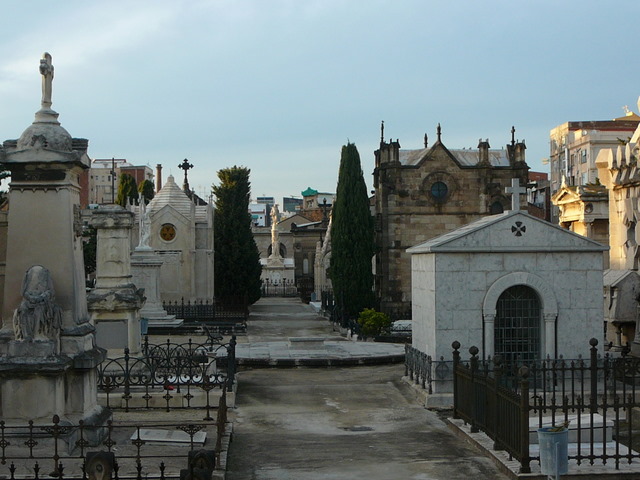 With a some black humor, we could say that we leave the cemetery of the living to move to the city of the dead.

cementeriodeleste.blogspot.com/ is an excellent blog about Poblenou cemetery . There are some remarkable sculptures such as the famous “Death’s kiss”. 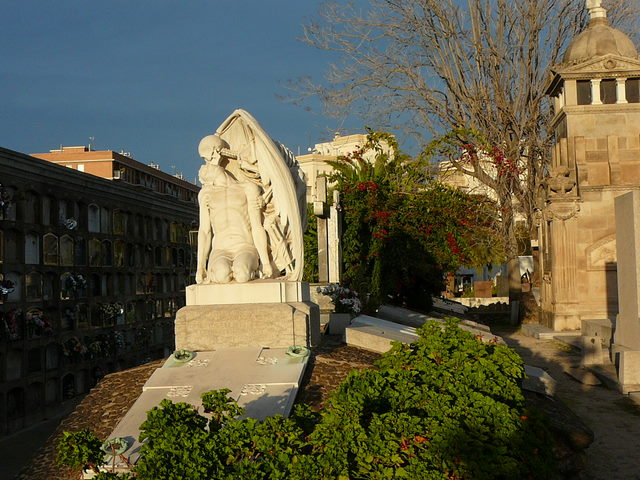 Others are very unusual, as this homage to someone belonging to the Roman Heredia family, a natural size marble sculpture, complete with sunglasses and whiskey bottle. 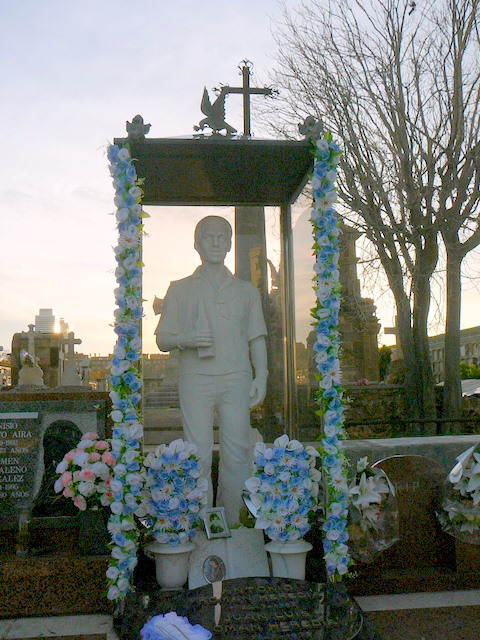 The most popular tomb is that of Francesc Canals, el Santet del Poblenou (the little saint of Poblenou), about whom there is not much known other than he worked at “El siglo” store and was very kind to everyone. He died in 1899 at the age of 22 and very soon people started to believe that he helped those in need that asked for some favor. This popular devotion is still alive today. Lots of candles and images are found around his tomb. People write what they need in little pieces of paper. One day I was talking with a woman that had just lit some candles. A couple of them were for some particular favors she asked but the other ones, she brought them to the “Santet” for other people that could be in a distress. Isn’t that a generous attitude? 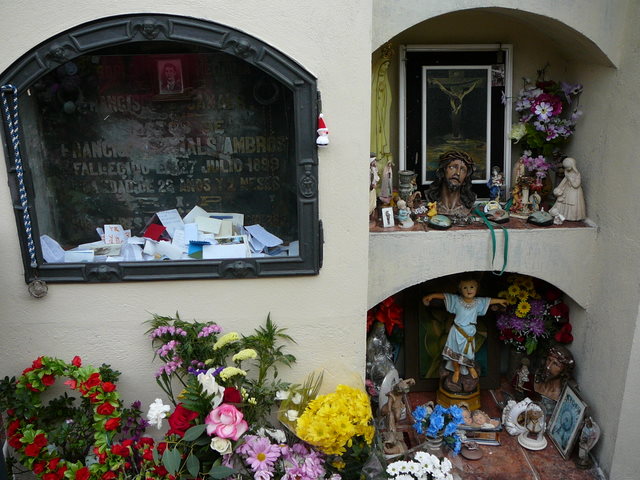 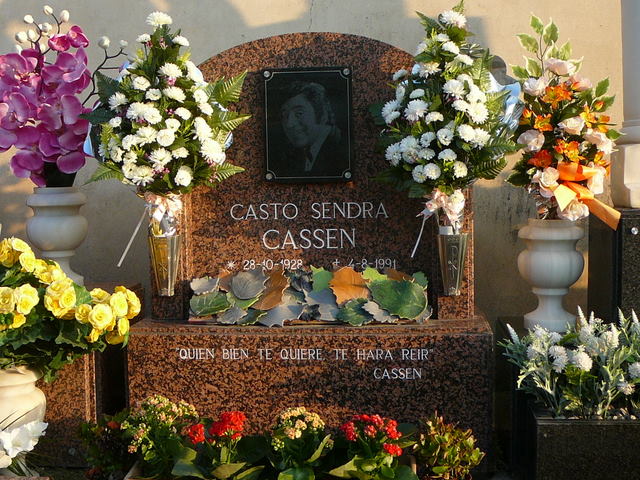 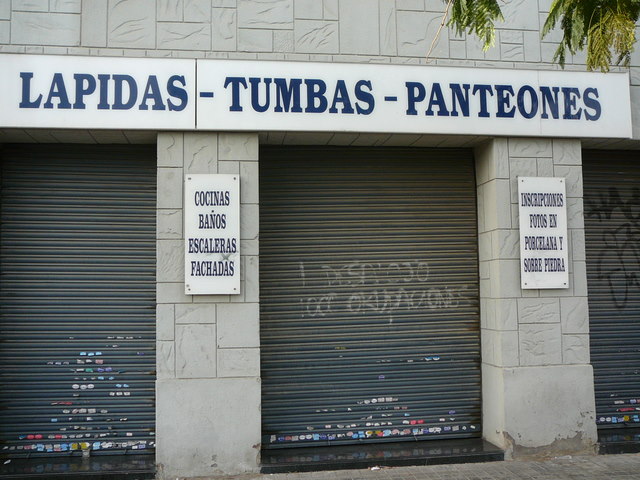