From an article in the ARA newspaper about Rec Comtal (the ditch of the city of counts) I found Enric H. March blog. There is a wealth of information on this hydraulic infrastructure that has carried water from Besos river to Barcelona since the Middle Ages and which may have been preceded by an aqueduct in Roman times.

From Montcada to the orchards of Vallbona you can still follow the route of the ditch until it disappears before reaching the Trinitat neighbourhood. 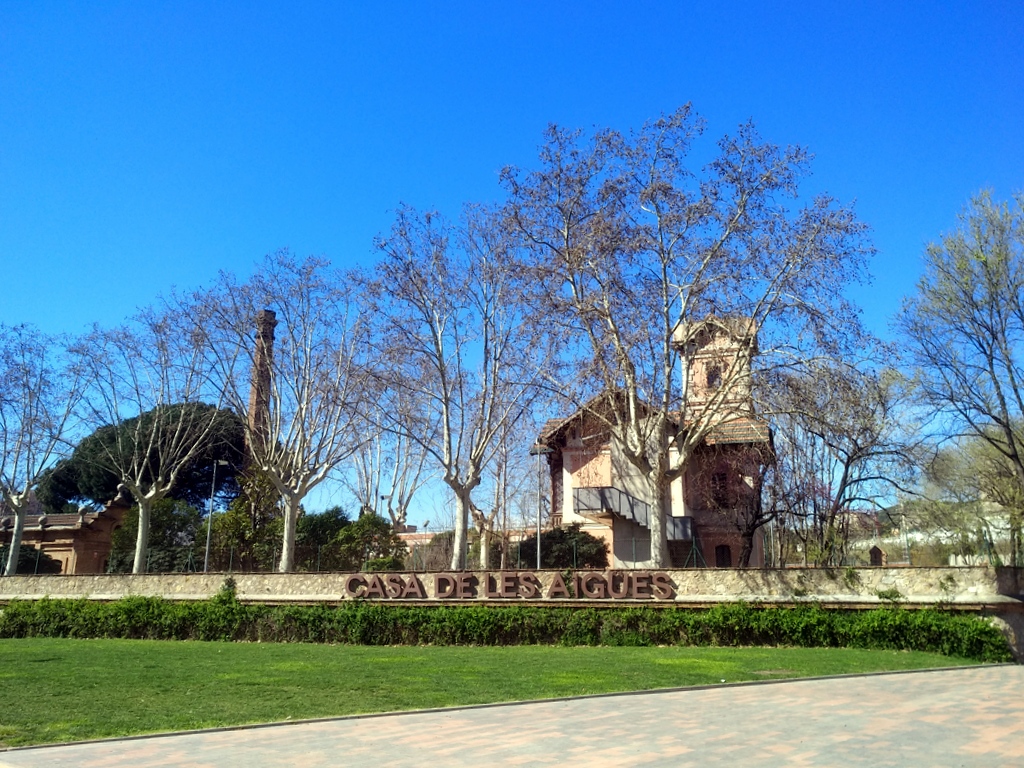 The Water House in Montcada 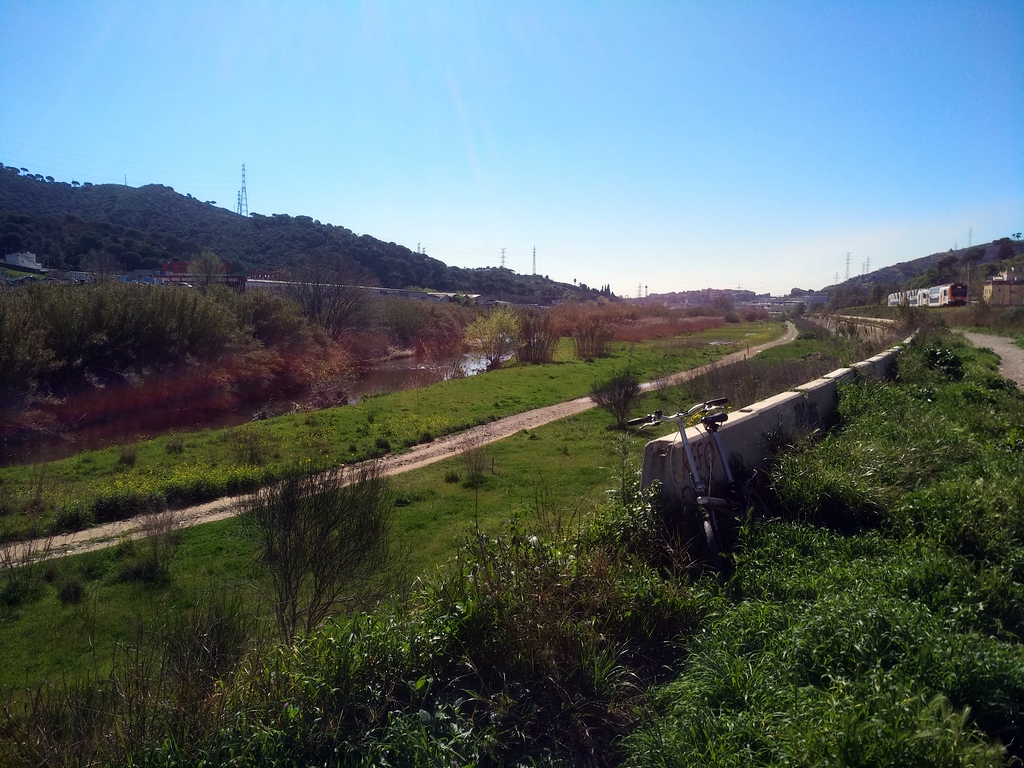 Besos river at the beginning of the ditch 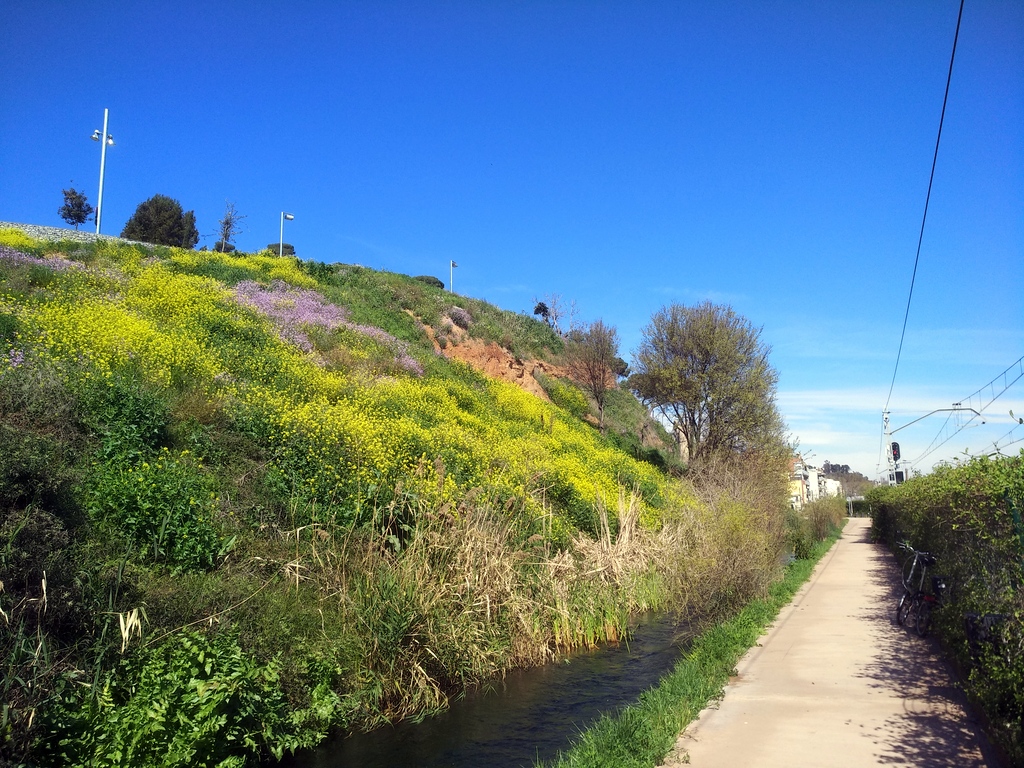 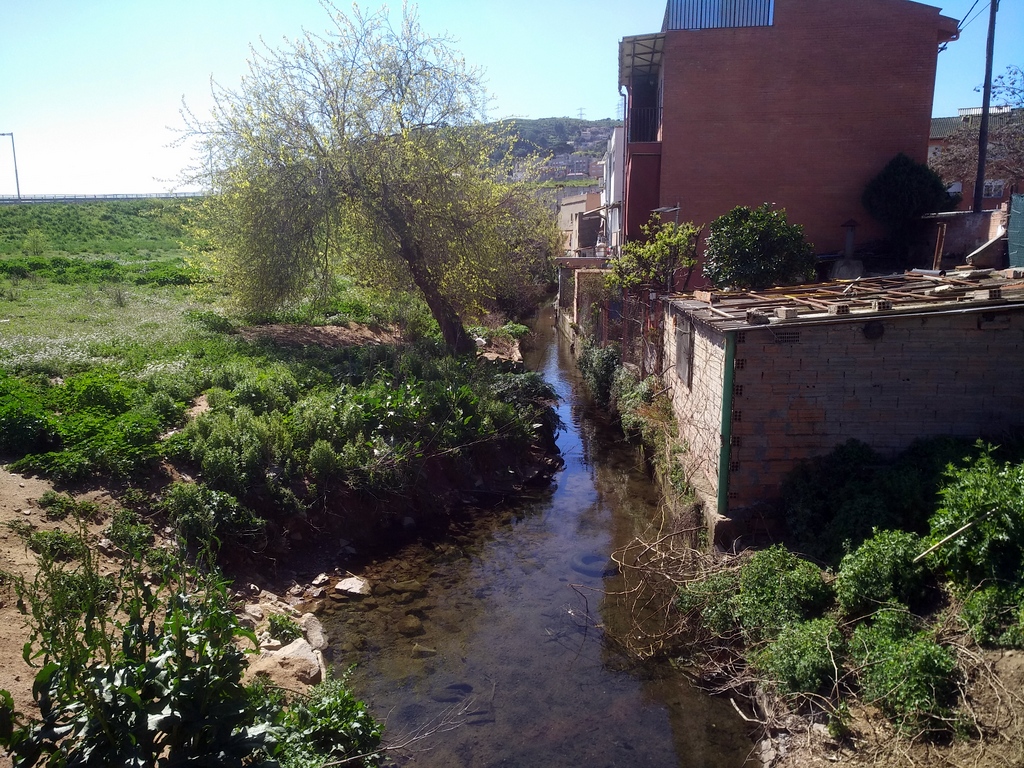 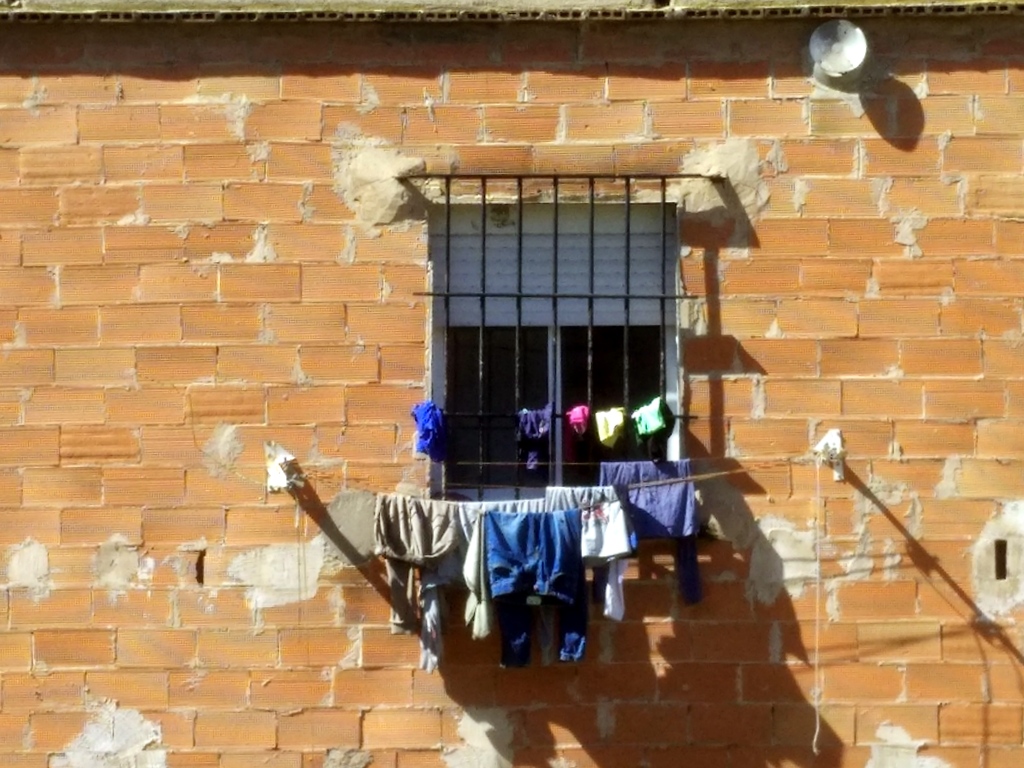 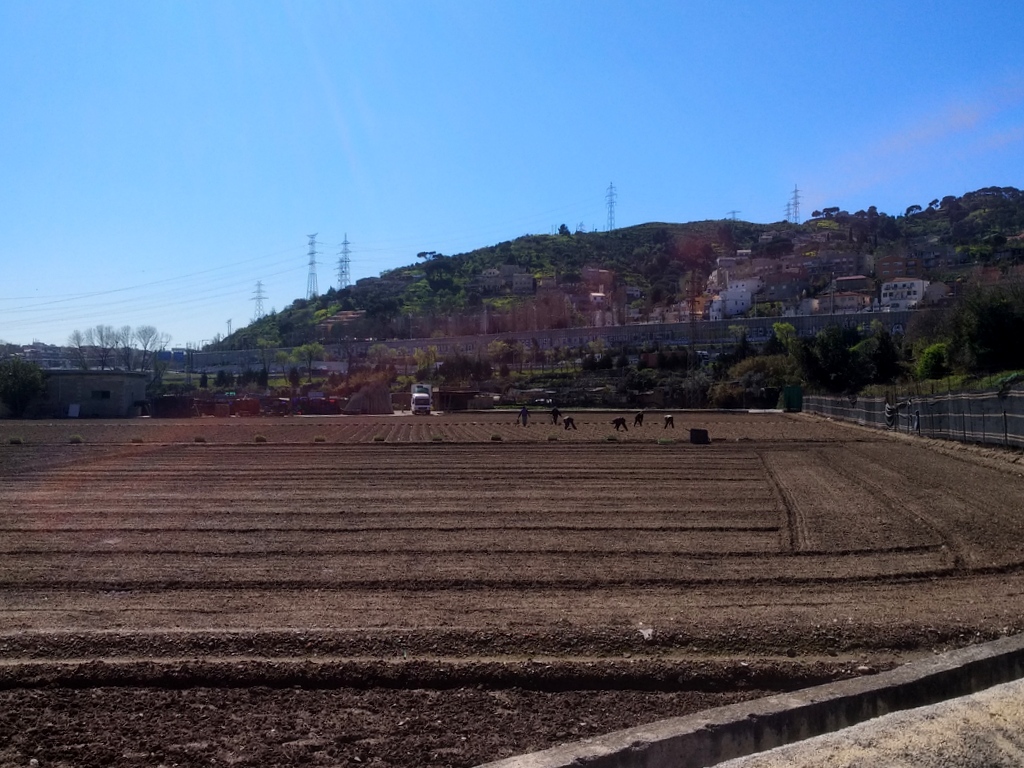 This narrow stretch, between the C58 freeway and a fence, is like a secret, humble garden, out of time. Nothing would suggest that we are just 300 meters away from the huge Trinitat roundabout in the big city of Barcelona. Here the ditch disappears. From now on we will have to make an effort of imagination to visualize the outskirts of Barcelona in the Middle Ages, when all the area were farming fields. Water House in Trinitat Vella. The old pictures collected by Enric March show the Trinitat neighbourhood without buildings. You can try to follow the ditch track through Sant Andreu, La Sagrera and El Clot until you reach Arc de Triomf, where we would have found the entrance to medieval Barcelona in the Sant Pere district. The names of the streets reveal the past of the Rec Comtal ditch. 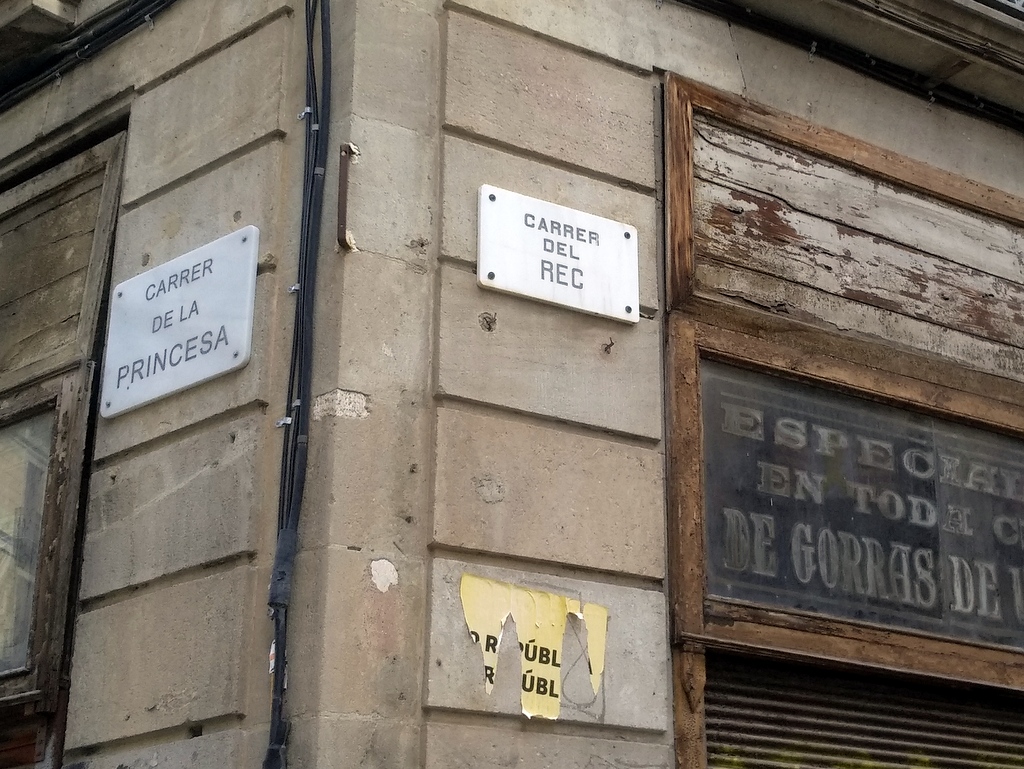 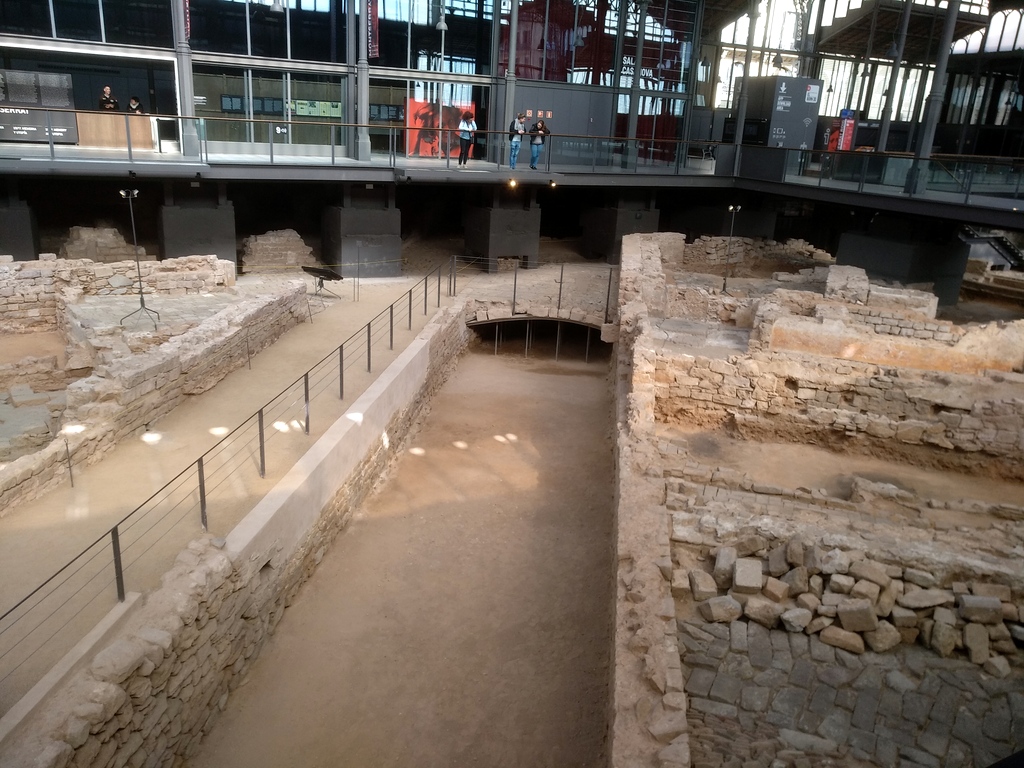 And finally a fragment preserved in the Born CCM.

Here, the track at wikiloc, not accurate, as I was not able to follow always the detailed directions of Enric March’s blog. 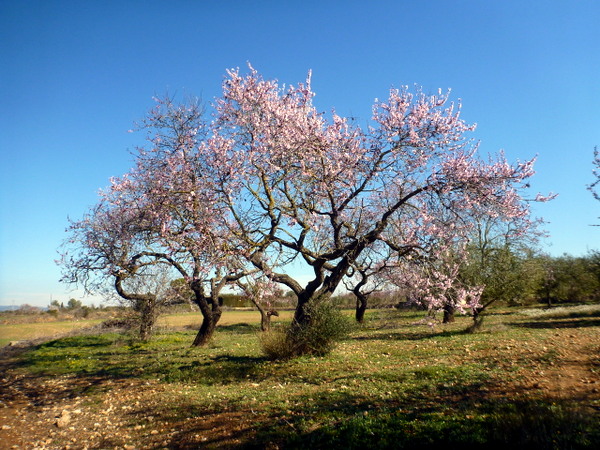 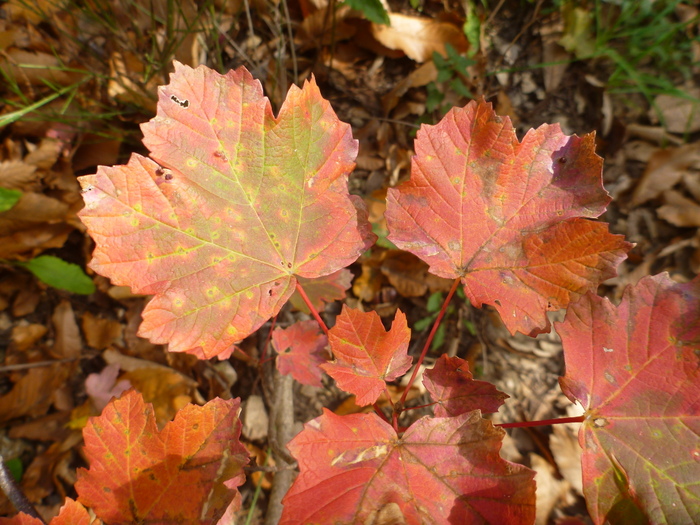 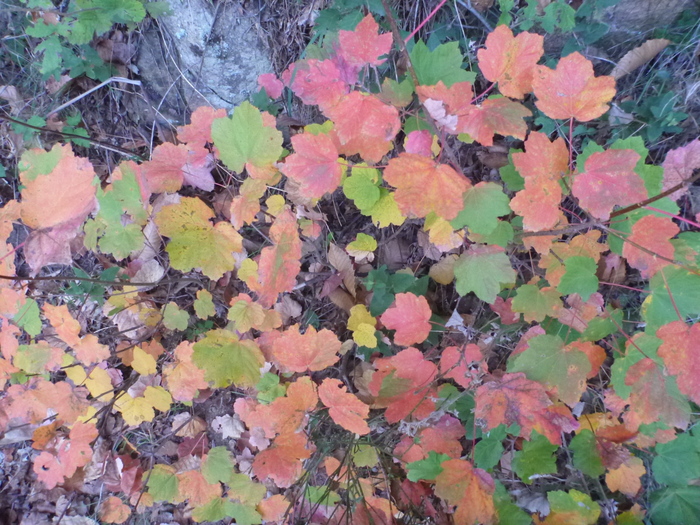 In the Warsaw National Museum, in the medieval collection, there is a wood sculpture representing Christ sitting, with his head resting in his hand, thoughtful. A big head, the skin covered with what looks like tears. The author is unknown, the date, 1502. The vast majority of the sculptures of Christ show him on the cross and, in the pietàs, dead cradled by the Virgin Mary. I had never seen one depicting Him sitting, pensive, with no signs of divine power, profoundly human, perhaps afflicted by what he expected to come, or by doubt.

It resembles Rodin’s “The Thinker” of 1880, preceeding it by almost 400 years. “Le penseur” was conceived as Dante in front of the hell’s gates. However, despite the similarity in stance, Rodin’s man is strong and muscled; it evokes a hero who has stopped just a moment before resuming action rather than a man overwhelmed by thought and sadness. Perhaps it is more related to Dürer’s engraving “Melencolia I“, of some years later, 1514, where the female angel has the same gesture of resting the head on her hand. With symbols of mathematics and building around her, she looks dispirited as not knowing what to do next. (Around the time of producing this engraving Dürer wrote “But what beauty is, I know not”).

Four weeks before “discovering” this work in Warsaw, in Oslo and Bergen, I saw two versions of “Melankoli” by expressionist Edvard Munch. In this case, the pensive figure, also with the same characteristic gesture was inspired by an unhappy romantic experience of a painter’s friend.

Melancholy as a state of sorrow when we realize the gap between what we want and what we can, whether it is the redemption of humanity, the creation of beauty, or our personal dreams, melancholy as discouragement when, looking back, we see the gap between what we wanted or could have been, and what has actually become, these are suffering emotions that Buddhism, in its different versions, proposes to eliminate; we should give give up living identifying ourselves with a self that that dreams, wishes, expects, or regrets its past. While being obsessed by future expectations or past events obviously leads to unnecessary suffering, I can not help but think that the ability to dream, imagine different futures or alternative pasts is part of the human condition and something very valuable would be lost if it would disappear. Somehow I would agree with Theophrastus when he suggests in Problemata XXX.I that genius is associated with melancholy and madness.

In addition to this remarkable work, the National Museum of Warsaw has many others that make worth a visit. I would mention “Strange Garden” by Józef Mehoffer, the “Bus” by Bronisław Wojciech Linke, the “Morning” of Łukasz Korolkiewicz, or the transgressing videos of Natalia LL. And last but not least, it has an excellent restaurant with a very affordable menu.